Book Review: Tell No One by Harlan Coben 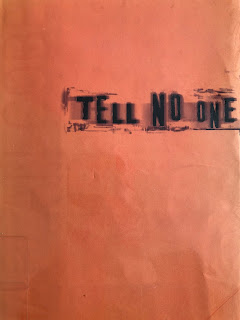 In recent months, I have been put off from reading thrillers. The trope of the domestic thriller has become a very popular one, and for me is not as enticing as it once was. Knowing this, I had heard about Harlan Coben and knew he was a very popular author. This made me leery, but I decided to give him a try. And boy, am I glad I did.

Tell No One tells the story of Dr. David Beck whose wife was murdered eight years previously. One day, he receives an email with information that no one other than his wife would know. Working through the events of the night Elizabeth died and the emails he receives, he comes to question: is what he believes as reality true? He finds himself entangled in a web of lies, deceit and mystery, and in finding the truth, he puts himself and other in danger. With so many twists and turns, David Beck's adventure is one that you cannot predict and will keep you guessing to the very end. I wish I could say more, but I do not want to ruin any of the surprises.

I loved this book. From page one, I was completely hooked. Coben's writing sucked me right in and wouldn't let me go. I found myself turning the pages faster and faster, dying to know what happens next. I finished this book in just 24 hours, a feat I rarely complete. The way that Coben weaves the mystery is easy to follow but also completely enthralling. I didn't see any of the twists coming, particularly the very last one. The pace of this book is fast and the narrative never lagged or felt contrived. Coben's characters were rich and dynamic, with their own personalities that it was easy to keep them all straight. I loved the dynamic between Beck and Shauna, Beck's best friend and his sister's partner. Coben clearly establishes that there is a history between them, one that gives even more reality to the story and makes it more than just a flat out mystery. He weaves clues to the resolution of the mystery throughout the tale, yet it is only in the end that it all comes together for the reader. He doesn't force the resolution from thin air; rather, all of the clues that were right in front of our faces come together to create a thrilling and wonderfully wrapped up ending. I could not stop reading this book; it was always "one more page."

I love discovering new authors. Yes, Coben has been around for years, but this is my first of his books. He writes a mystery that does not play into the popular "domesticated" thriller' instead, he gives his readers a wonderfully written, page turning thriller that keeps his fans coming back for more. I would recommend this novel to anyone who loves a fast-paced, enthralling mystery with twists and turns that keep readers on their toes. I cannot wait to pick up another of Harlan Coben's amazing novels.