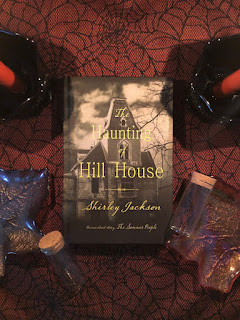 And..... we are back!!!! I know it's been a long while since we've published a review, but hopefully the reviews will come more often now that the new year is about to start.

With that said, to get caught up on everything I've been reading in the past few months, I thought I would do a combined review of books that are similar in genre. First off is the mystery/thriller/horror category. I have read a few books in recent months that fit this category and thought I would share my thoughts on a few of them.

My Sister, the Serial Killer by Oyinkan Braithwaite: a debut novel about a set of sisters: the younger, Ayoola, who is a serial killer, murdering her boyfriends because of alleged abuse and mistreatment; and the older, Korede, who protects her sister, cleans up after her crimes and lies to the police about her sister's misdeeds. When the cute doctor at Korede's office becomes the latest object of her sister's affections, Korede becomes embroiled in a tug of war within herself- does she tell the doctor the truth about her sister and jeopardize not only Ayoola's life but her own, or does she try and stop her sister from committing another crime. A powerful debut novel, I read this one rather quickly. The chapters are quite short and move at a rapid pace. However, I found something lacking within the story; what, though, I am not sure. Overall, I enjoyed the book and look forward to reading more from this author in the future.


We Have Always Lived in the Castle by Shirley Jackson: Shirley Jackson's lesser known novel, a tale of two sisters (seems to be a theme going here....) that live in isolation in a small, Gothic town. Mary Katherine is the younger of the two, the sister who ventures out of their huge stately home to get essential supplies from town. Constance, the elder sister, refuses to leave the confines of the home and gardens where she grew up. They, along with their uncle, are the only survivors of a horrendous crime that ended in the poisoning deaths of the girls' parents and aunt. When a strange relative shows up at Blackwood House to "help" the family, the secrets and lies of the past are finally revealed and the shocking ending will leave you very much surprised. I enjoyed reading this spooky and atmospheric novel, although I enjoyed it less so than The Haunting of Hill House. Still, for fans of Jackson, this novel will definitely give you all the spooks and chills you are looking for.


The Breakdown by B.A. Paris: on her way home on a stormy night, Cass sees a woman sitting in a car on a deserted backroad. She soon hears that the woman she thinks she saw has turned up dead, and Cass begins questioning her sanity. Did she really see the woman that night? What happened to her? Why has her husband suddenly started acting strangely? The mystery surrounding Cass's questions takes a.....weird turn. I read B.A. Paris' first novel, Behind Closed Doors, and could not put it down. It had me intrigued from the very beginning and I was scrambling to find out what would happen. The Breakdown did not have the same affect on me. In fact, by about 2/3 through the novel, I found myself skimming to the end to discover the twist. I was bored and uninterested, and I never really connected to any of the characters. A middling mystery with a cliche twist, I am unsure whether I will pick up any more Paris novel in future. 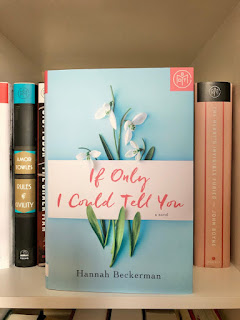 If Only I Could Tell You by Hannah Beckerman: I categorize this one as a mystery since at its core is a mystery of why two sisters are not on speaking terms. Growing up, Jess and Lily were as close as any siblings until one fateful morning when something happened that tore these sisters apart. Years later, their mother, Audrey, is making it her mission to bring the family back together and find out what happened to tear her daughters apart. This book is full of family drama and it should be noted that there are a few trigger warnings here: miscarriage, infidelity, terminal illness, etc. I found this story very compelling and once I started I found it hard to put it down. The book switches perspectives from Audrey and her two daughters, and also tells the story from the present and the past. This may get confusing, but Beckerman structures the novel in a way that makes it easy to follow. I really enjoyed this book and would definitely recommend it to someone looking for a dramatic family story with a surprising mystery wrapped in. I look forward to Beckerman's next book.