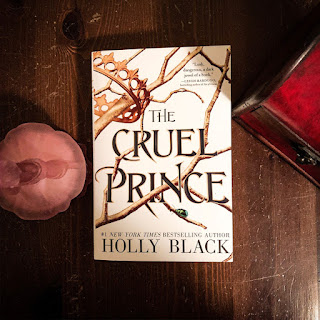 Lately I have been trying to get into more and more young adult literature. We recently attended Yallfest, a young adult literature festival in Charleston, South Carolina. We had a blast and we received a ton of bookish goodies as well as over thirty arcs (advanced reader copies) of upcoming young adult books. To get myself more invested in the young adult genre, I decided to dive deep into a few popular series within the genre, seeing if I could find my niche within YA. Here are my thoughts on just a few of the books I have read in the last few months.


The Folk of the Air series by Holly Black (The Cruel Prince, The Wicked King, and The Queen of Nothing): This three-book series follows Jude, a mortal girl who, after a tragedy early in life, is forced to grow up in the fairy world, surrounded by people who hate her and her kind. She is joined there by her twin sister, Taryn, and her half-sister (who is also half-fairy), Vivienne. Protected by Vivienne's father, Madoc, Jude is a scrappy, tough girl who longs to be a knight in the king's guard. When the current fairy-king decides to retire and new king is to be named, Jude sees this as her chance to prove herself. However, the fairy amongst her despise her and attempt to thwart her every success. No other fairy torments her so much as Prince Cardan, the youngest son of the fairy king. When a murderous plot is successfully pulled off at the coronation for the new fairy king, Jude sees this as her chance to seize power for herself and perhaps save herself from the fairy once and for all. All the while, political intrigue and alliances shift as one fairy betrays another. While the relationships with her family seem to devolve, her relationship with Cardan evolves, from one of hatred to mutual like to possibly something else. By the end of the series, Jude has grown and changed into a formidable character, one who can hold her own against even the most powerful fairy. I binged this series in a week's time. The first novel took a bit to become invested in, taking its time building the story, setting and characters. By the end of of The Cruel Prince, I was completely hooked in the world that Holly Black has created. I sped through The Wicked King  and was completely shocked by the ending of the novel. I had to wait to read The Queen of Nothing, but as soon as I started it I barely left its pages. The last book was the shortest of the series, but the action and plot of the story never slowed or lacked in any way. It was a thrilling conclusion to the series. Was it the best written series I've ever experienced? No. Was it one of the funnest that I have ever read? Absolutely. Anyone looking for a fantastical and exciting series that will move at a breakneck pace yet leave you feeling satisfied should definitely pick up the Folk of the Air series.

Ratings: All three books, based on ease and enjoyment of reading: ⭐⭐⭐⭐⭐


Shadow and Bone and The Language of Thorns by Leigh Bardugo: The first of the Grisha series, Shadow and Bone tells the story of Alina, a poor girl who is training to be an architect in a fantastical world covered in darkness. When she and her group are attacked on the road through the dark lands called "The Fold," Alina discovers a hidden magical talent that intrigues the leader of Grisha, known as "The Darkling." Wanting to harness her power for himself, the Darkling forces Alina to join him at the palace to train to become a Grisha herself, a practitioner of magic in the Grisha world. Her adventures take her into a world she never expected, and her allegiances are challenged as she learns the full strength of her power. The Language of Thorns, set in the Grisha universe, is a collection of fairy tales that would have been told to children like Alina. They detail the roots of magic in this universe and also, like our fairy tales, teach a lesson by the end of the story- however, the lesson may not be as forgiving as the lessons we learned as a child. Stories of a monster in the woods, a witch in a cottage who makes bargains for a price, stories that seem familiar to us but have their own Grisha twist on them. I enjoyed this collection; it was a quick read that helped to get me more ingrained in the Grishaverse. Shadow and Bone, however, did not really entice me to want to continue the series. It was simply meh for me. Nothing was particularly wrong with it; but nothing seemed to stand out either. I think it may be Bardugo's writing style. Maybe one day I will finish the series, but it will not be any time soon.


Star Wars: Lost Stars, Vol. 1-3 by Claudia Gray: Childhood friends Thayne and Ciena find themselves on opposite sides of the Empire as the power of the Resistance grows. This story takes place during the time of the original trilogy, and many of the events in the story coincide with events from the film. Thayne, a former Imperial pilot, leaves his position after the destruction of the planet Alderran. Ciena, his best friend, vows to hunt him down for betraying her and his Imperial duty. The story of their friendship and how loyalties can become strained because of duty and love is an essential Star Wars trope. Having this story told through manga (this story is also a novel that was previously published) makes it an even more dynamic story. It was a quick, fun read that I thoroughly enjoyed, especially being a mega Star Wars fan.


One of Us is Lying by Karen McManus: A young adult thriller/mystery about five students who are serving detention. Five students who are very different: the smart girl, the school sports star, the newspaper gossip, the bad boy and the princess. During detention, Simon, the school gossip, dies suddenly and the other four students are suspected of having something to do with his death. The story switches perspectives between the four suspected students as they try to prove their innocence. Secrets are revealed about all, and these four students become closer than they every expected to become. This book was interesting. I liked the varying perspectives to the narrative, but after a while it got to be a bit much. The plot also seemed to go on and on without really changing the action of the book. The twist ending did come as a surprise, but in hindsight the ending felt a bit....weird. I am unsure whether I will read the sequel, which will be released in January, but for me this definitely felt like a YA novel. It did not have the complexity to it that an adult mystery has and this may be a genre of YA I avoid in future.


The Raven Boys by Maggie Stiefvater: A young girl named Blue comes from a family of psychics. She herself, however, is not a psychic; rather, she enhances the powers of those around her. One day, during their ritual naming of the dead, Blue is able to interact with the spirit of one of the future-deceased: Gansey. Confused by this interaction, her aunt tells her that either he is her true love or that she is the one that kills him. So sets off the story of four boys, the Raven Boys, who are on a mission to find the ley lines within the town to discover the resting place of the Raven King, a Welsh mythical figure. Gansey is the leader of these boys, which include the poor and quiet Adam, bad boy Ronan and slovenly Noah. Blue soon joins the Raven Boys and together they work to discover the truth of the mystical aspects of the town. This is the first in a series, a series which I may continue later. However, Stiefvater's writing style had me zoning out multiple times. By the time I reached page 100, I felt as if little had happened plot wise; there was soooooo much exposition. The plot picked up towards the end of the novel, but it took way too long for that to happen. I hope that the rest of the series has a faster-paced plot that this first book; my hope that it is just first book problems that do not plague the series.